Well I wanted to show some of the level's relatively detailed exterior geometry, since most levels like this have pretty bland exteriors.

The contrast of dark outside/bright inside keeps the focus where it ought to be though.
Marathon: Phoenix - Special Edition
Paradise Lost | Starlight | Red Spectrum | Second Quest | Power Drive | Team Works | Kill Them All
Top

RyokoTK wrote:Well I wanted to show some of the level's relatively detailed exterior geometry, since most levels like this have pretty bland exteriors.

The contrast of dark outside/bright inside keeps the focus where it ought to be though.

Will it be possible to actually BE on the outside? 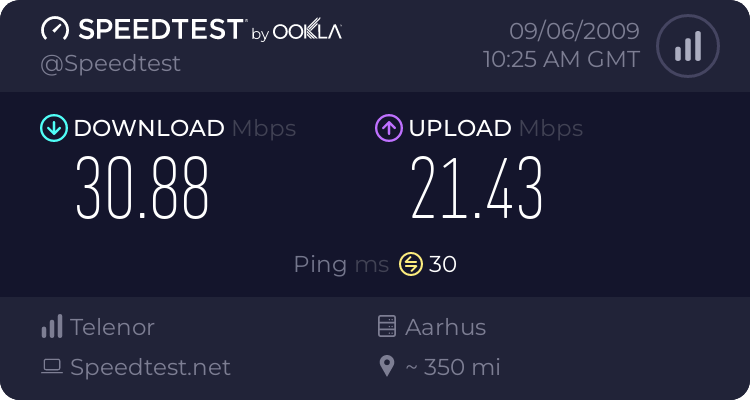 Possible, yeah. In the first screenshot, that room with the white octagon has several exposed sides.

Shit, people weren't lying when they said you were good at making maps.

These screenshots are incredible. I don't know how you come up with those intricate designs. Can't wait for this.
F-OBED F-OBED F-OBED
Map badly if you must, but MAP.
Top

It's been a while since I've really worked on TGIBX, but here's where things stand:

1. The maps are done! All done! Aside from a couple loose odds and ends, I've finished the final map and I'm leaving it at 19 maps (17 plot maps and 2 secret maps). It's a little shorter than my previous estimate but I just don't have the time anymore to devote to making such huge expansive maps. I have one map to beta test, but at 1700ish polygons Aleph One can't write save games without crashing (yet) so that's a minor hangup.

2. Terminal rewriting is about half done. I've re-written the plot almost from scratch since the release of the original TGI about 3.5 years ago, and the tone of the writing has gone through several revisions as well. I'm pretty happy with where it's at now, I just have to finish. This isn't a big one though.

3. Artwork. This is basically the last big challenge before the scenario's completion, because this just isn't my field of expertise. We'll have to see where things go from here.

Just telling everyone that I haven't abandoned TGIBX yet, nor have I forgotten about it. It's just going veeeeery slowly.
Marathon: Phoenix - Special Edition
Paradise Lost | Starlight | Red Spectrum | Second Quest | Power Drive | Team Works | Kill Them All
Top

hows the theme working?
What are you, if not seven different shades of stupid?
Top

I can make like really good Starfields and stuff, if any will be needed. I've simply got too much free time at school.
Top

if you have anythign special in mind i might be able to put something decent out.
What are you, if not seven different shades of stupid?
Top

No, I think Drictelt had offered to take care of the image-related stuff that I need. Thanks though.

Nice job Ryoko; can't wait for the finished article!
Polyplicity my second (less sucky) net pack. Go on. Download it. You know you don't want to.
Marathon Aeon- My scenario in the works ~on Simplici7y

1. I still have yet to test the last new level, Exercise in Excess, due to the game-ending save bug. That should be coming shortly. However, all of the other levels have been tested by myself and all of the new terminals are written. Beta testing will probably begin soon. That will be a private endeavor and I'll personally contact who I want to be beta testers.

2. Drictelt has kindly offered to work on the artistic stuff. He's told me it will take a while. I'm okay with that. It will give me time to really polish these maps, and maybe design a few netmaps exclusively for Phoenix (since the last batch I made for Phoenix ended up in Paradise Lost instead).

3. CryoS, who made the new title theme, has also offered to write a bit more music. We'll see how much he gets done. This one is not critical to the game's release, but having some ambient music would improve the game a bit I think.

4. The new name. While I was busy rewriting the terminals, I realized that the state of the plot had changed so much from the original TGI that there was really nothing in common except for the Renegades and the location of the game. So many of the new levels absolutely didn't figure into TGI at all, and really the tone and feel of the game is quite a bit different. The plot revolves around the downed Atreides and the AI onboard that ship. (I assure you rampancy has nothing to do with it, though.) Renaming the scenario really made sense. I'll keep TGI available just for curiosity's sake.

Aside from the little hangup with the new map, the entirety of Phoenix is quite playable, and really the only delay is in the artwork. If Drictelt keeps to his deadline, Phoenix should be ready mid-summer. (In American time, you south-of-the-equator jerks.) No promises on that, of course, but it's looking pretty damn good at this point.
Marathon: Phoenix - Special Edition
Paradise Lost | Starlight | Red Spectrum | Second Quest | Power Drive | Team Works | Kill Them All
Top

That doesn't bother me but thanks for the heads up.
Marathon: Phoenix - Special Edition
Paradise Lost | Starlight | Red Spectrum | Second Quest | Power Drive | Team Works | Kill Them All
Top

Just a heads up that I will be releasing a scenario called Marathon: Phoenix tonight. I doubt that'll bother you, but who knows.
Mararthon: Yuge||| Aleph One: Pathways Into Darkness
lochnits.com ||| The Pfhorums Game ||| Lochball (Fileball Archive)
Top

W wrote:Just a heads up that I will be releasing a scenario called Marathon: Phoenix tonight. I doubt that'll bother you, but who knows.

I have looked everywhere and I couldn't find it!

This is the level I was talking about, Exercise in Excess. At 1670ish polygons, it is by far the largest and most intricate in the game, and with over 400 monsters alone it is no walk in the park. The level is a messy three-way battle over the ruins of the Atreides as you try to find your way deeper inside.

from the looks of it it looks nice. (durr)
cant wait to play it. also i got a track more or less done that i am still tweaking, ill send it soon. i thought it worked well with face of modern gaming but i guess its up to you.
What are you, if not seven different shades of stupid?
Top

I think it's a combination of the textures being a little cleaner and brighter than most other scenarios' textures and the exaggerated lighting effects I typically use.
Marathon: Phoenix - Special Edition
Paradise Lost | Starlight | Red Spectrum | Second Quest | Power Drive | Team Works | Kill Them All
Top

Sort of. It was originally titled something different, but I made an offhand comment in #alephone about how the level was an exercise in excess because of the number of monsters (a bit over 400), and... well, there you go.

And yeah it's a pretty fun fight. It's divided into three phases; that's the first one. The second battle has you capturing that building in the back left, and the third one has you defending it against another attack (that's the Juggernaut picture) before you can safely move on.
Marathon: Phoenix - Special Edition
Paradise Lost | Starlight | Red Spectrum | Second Quest | Power Drive | Team Works | Kill Them All
Top

And we have netmaps. This is netmap 1: Phoenix Rhapsody.

I've actually wanted to revisit Infinite Rhapsody in the past but I haven't had a very good reason for it. The original is fine, but has some issues that have bugged me for a bit. Anyway, I rebuilt it from scratch for Phoenix. The core layout of the map is more or less the same, though it looks a bit nicer. Most of the changes were to the peripheral tunnels, shortening those up a bit and getting rid of most of those dead-end rooms with the teleporters. I also put a little bit cover in the main arena so it's not quite as much of a death trap.

Phoenix Rhapsody also has the entire arsenal of weapons available. It should be fun for the... one time I expect people to play it.