Anybody ever panic when a guy in green approaches?

I'm an old player who hasn't played in years, but I just had something happen to me today that made me seek out other Marathon players and ask if they have had anything similar happen to them. I first played Marathon at a friend's house in the late '90s, and eventually got the "Mac Action Stack" that contained the entire trilogy for Christmas in 1999.

Anyways, onto the story.

I just had a guy dressed in a bright green shirt and bright green sweatpants approach me saying "Thank god it's you!" and experienced a moment of fear and panic.
Luckily I was unarmed and nothing much came of it, he was just waiting for me to help him fix something (I'm a computer technician). He also had NO idea why I momentarily looked scared by his greeting, having never heard of Marathon when I mentioned it.

The funny thing is, I haven't played Marathon I since my pre-G3 PowerMac 6500/300 died in 2009, and I'm almost certain I hadn't played the original game instead of a TC since at least 2008, probably longer. Yet I instantly connected the phrase with a guy in green approaching me and felt panic in real-life. Weird, huh?
Top

I fear the day I’m at a cash point and whoever it was happens to behind me and recognises someone they know and says “Thank god it’s you!”.. I think it’ll require a trip to the dry cleaners!
Top

I’ve never been that affected.
I have heard “They’re everywhere!” but my only reaction was a chuckle.
I have heard various machine and mechanical noises from the games, but am usually unable to figure out what part of the environment is causing it.
Although when I see politicians on TV I usually think of F’lickta for some reason.
I just play 'em; I don't know how they work.
Top

Also, it was only a second of fear, although apparently it was enough to show a look of terror on my face for an instant, because he asked if something was wrong. When I told him to never use those words while wearing an outfit that color, he was completely confused as to why and when I said "Because it will make anybody who has played Marathon think you are a suicide bomber" he asked me "What's Marathon? I thought that was a race, not a game".
Top

That reminds me (more stream of consciousness)...

Comment: Everybody has a photographic memory, it's just that some people don't have any film.
Response: What's film?

I just play 'em; I don't know how they work.
Top

Not the best photoshop job, but here you go: 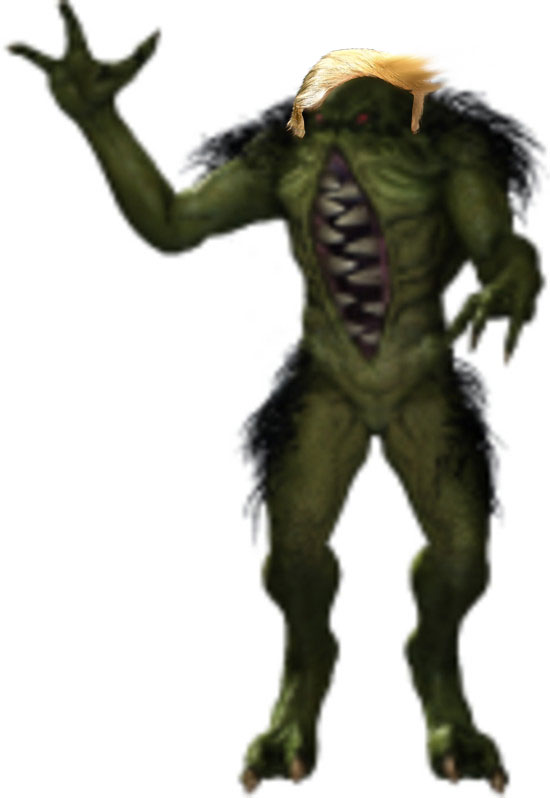 ukimalefu wrote: Not the best photoshop job, but here you go:

And you had the perfect opportunity with an orange lava F'lickta D:

There's a corridor intersection at work where I kept expecting a cyborg to roll around the corner. Took me ages to figure out why: there's an a/c fan in the ceiling above me, a famliar-looking trash can at the corner and an out-of-sync motor that sounds like the jjaro siren.
Top
Post Reply
12 posts • Page 1 of 1